The promotion of international sport development and solidarity within the Olympic family, i.e. among the National Olympic Committees, the umbrella organisations, national federations and other associations and members - this is the objective of Olympic Solidarity. Olympic Solidarity itself is an institution of the IOC and is based in Lausanne, Switzerland.

As stated in the Olympic Charter, Olympic Solidarity's main concern is to run special programmes for NOCs as well as for continental federations. In particular, the aim is to provide financial, technical and administrative support to those NOCs that are most in need of such assistance. The programmes funded by Olympic Solidarity are financed through the revenues from the allocation of the Olympic Games television rights to the various NOCs.

IOC President Dr. Thomas Bach stated with reference to Olympic Solidarity: "Where the Olympic idea meets financial limits; where outstanding sportsmen and women need this help, the IOC strives to develop skills and abilities, to improve the sporting level of the active athletes, to improve the level of training of coaches, to further educate officials, to build up national sport structures as well as cooperation between national and international partners".

With a small financial budget, the now firmly established institution Olympic Solidarity was launched in the early 1960s, when independence movements spread across Africa and Asia and caused the establishment of more than 50 new NOCs worldwide. At that time, the institution still operated under the name Committee for International Olympic Aid (CIOA). In 1971, the CIOA merged with a similar organisation of the Association of National Olympic Committees to form the Olympic Solidarity Commission. At the special initiative of former IOC President Juan Antonio Samaranch, who presided over Olympic Solidarity for almost 20 years from 1982-2001, the institution was expanded, so that it now has significantly greater financial resources. Since the end of 2018, Dr Robin Mitchell has been chairman of the commission. In the current Quadrennial (2017-2020) the development and assistance budget amounts to more than USD 500 million.

The IOC provides information about budgets, four-year plans, central measures such as scholarships and coaching courses of Olympic Solidarity in numerous brochures, most of which are also available as pdf files here. 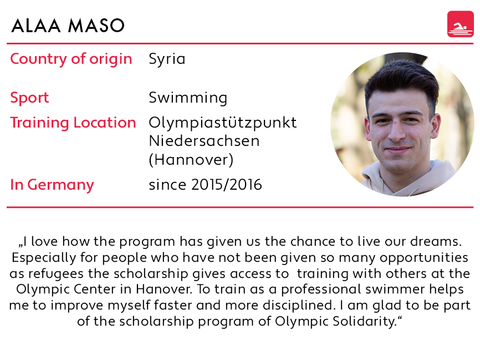